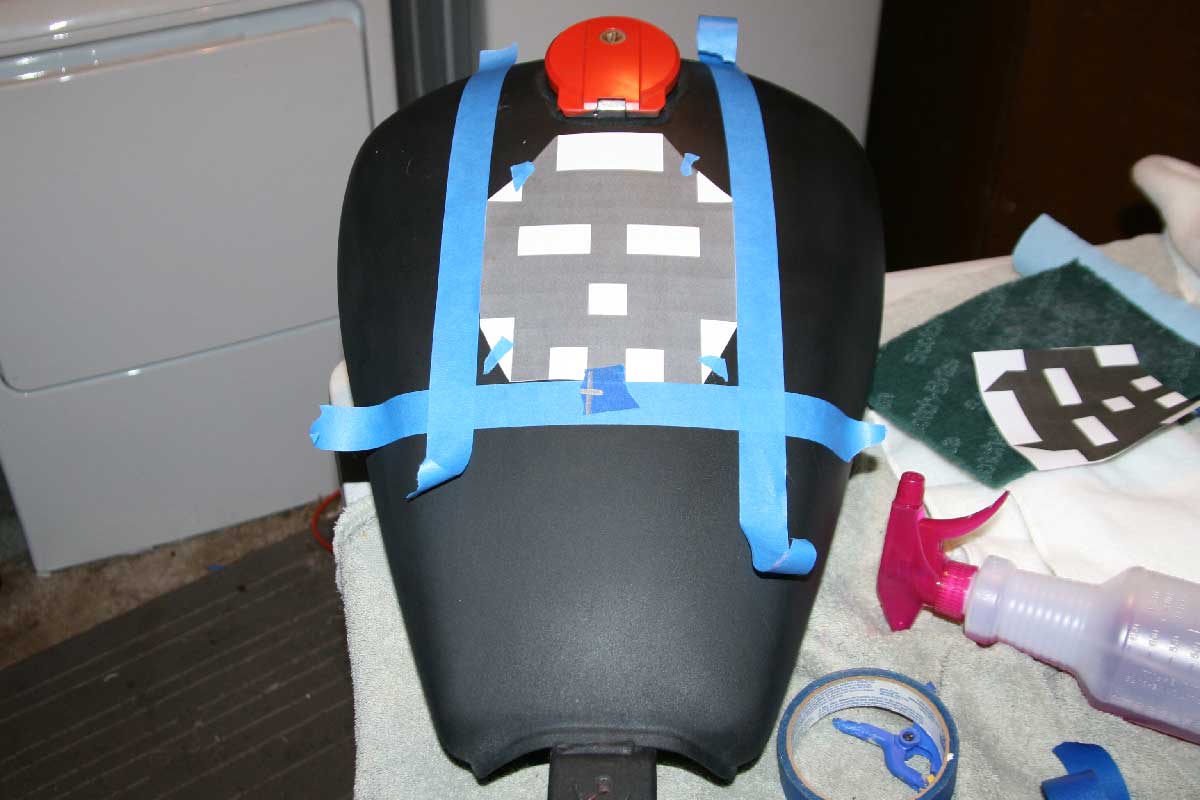 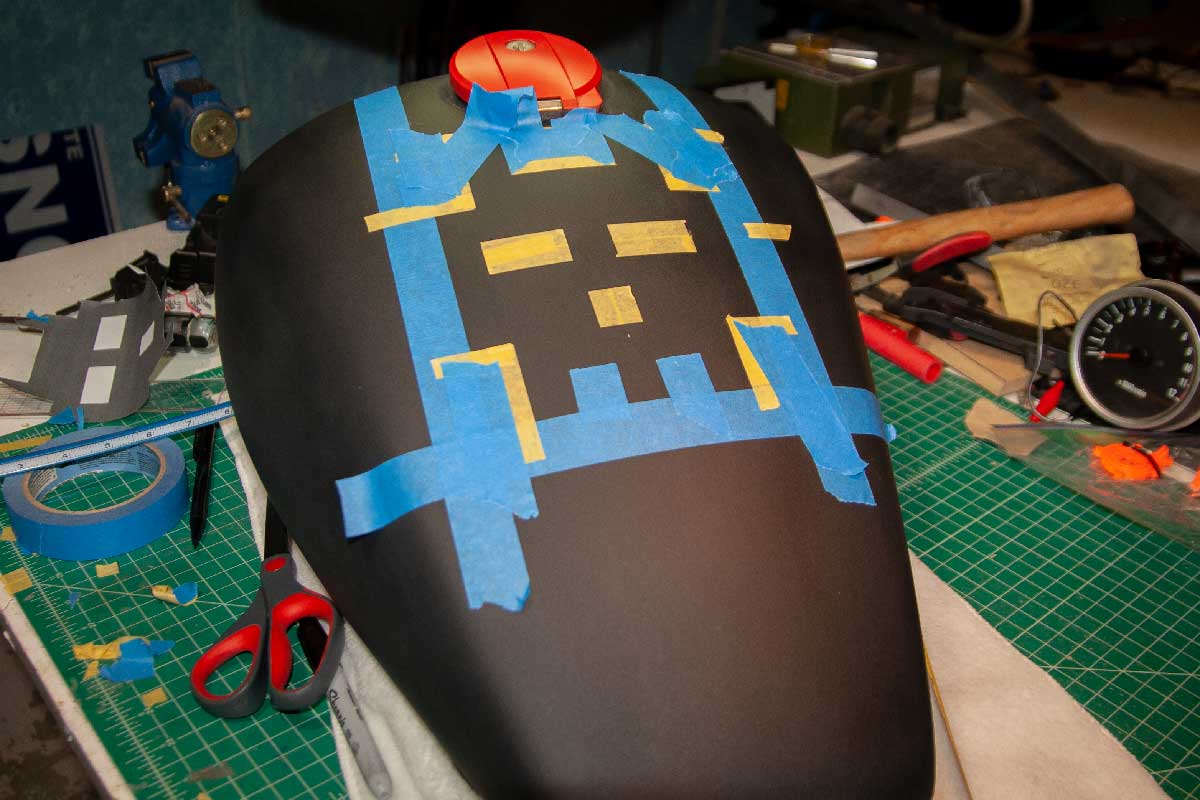 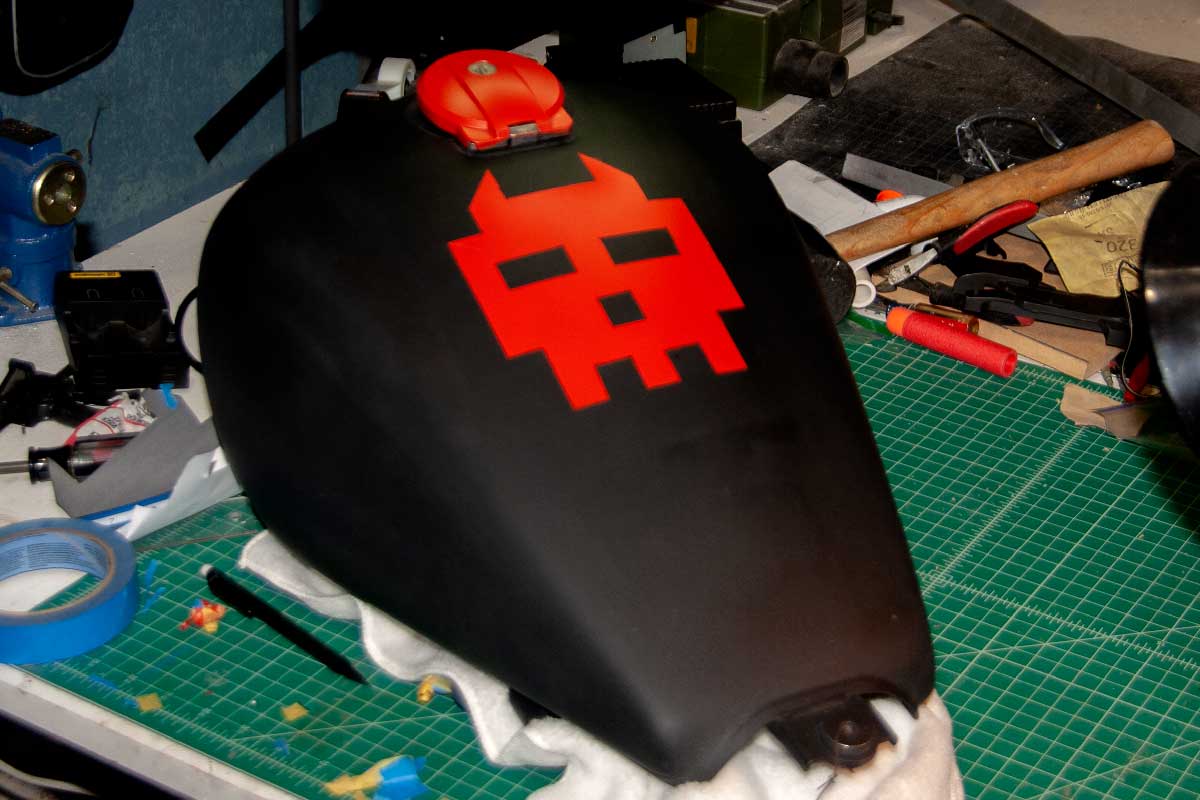 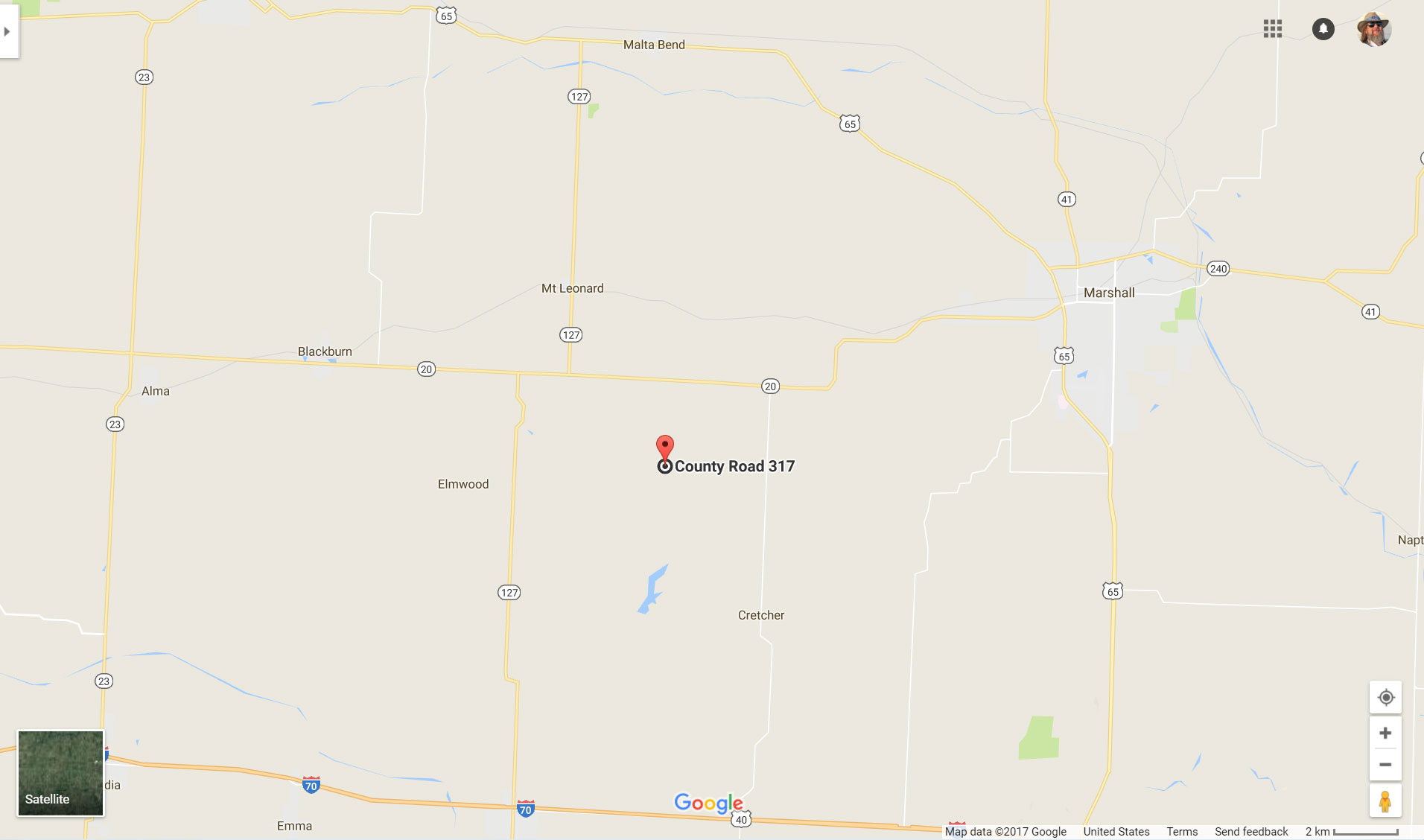 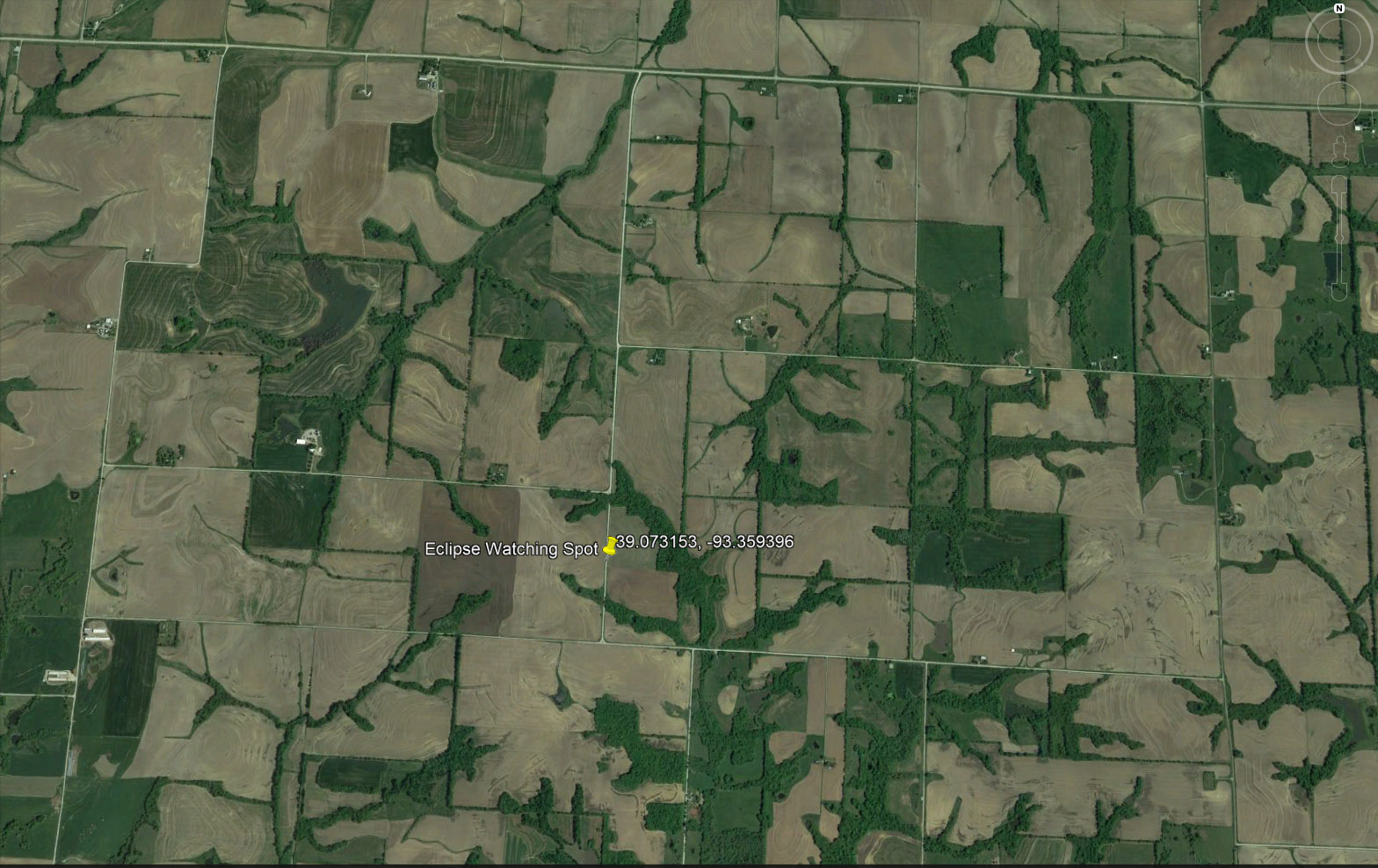 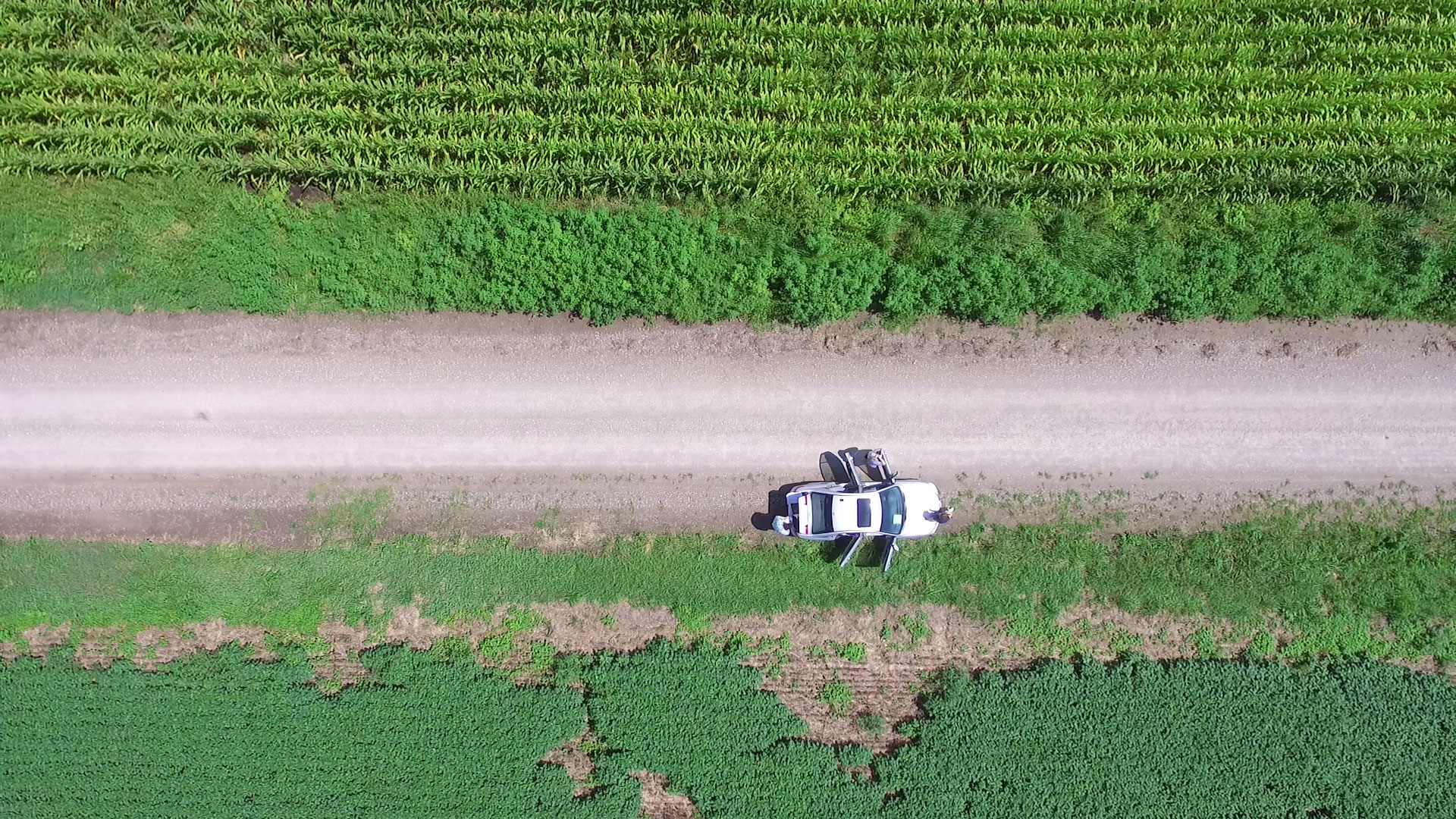 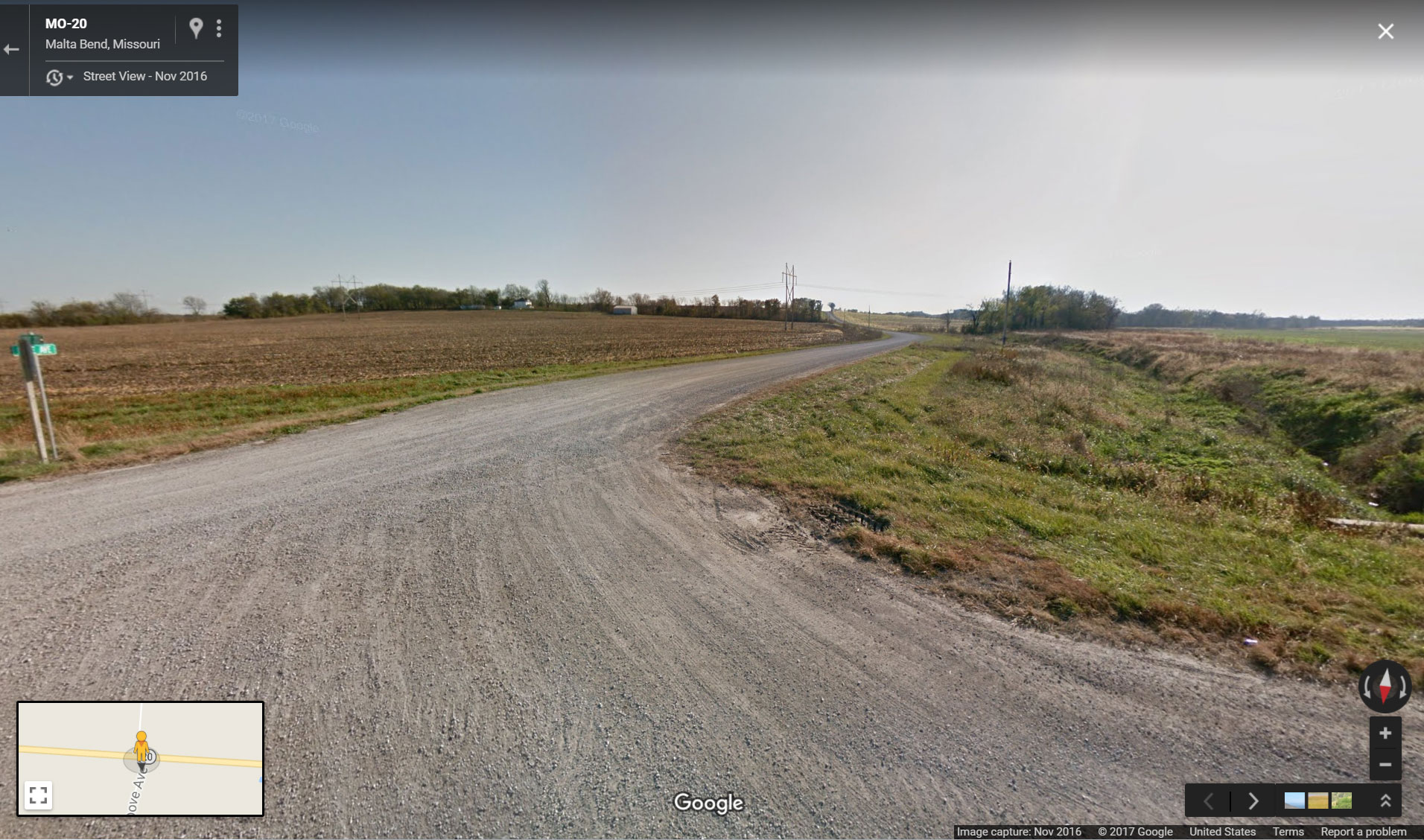 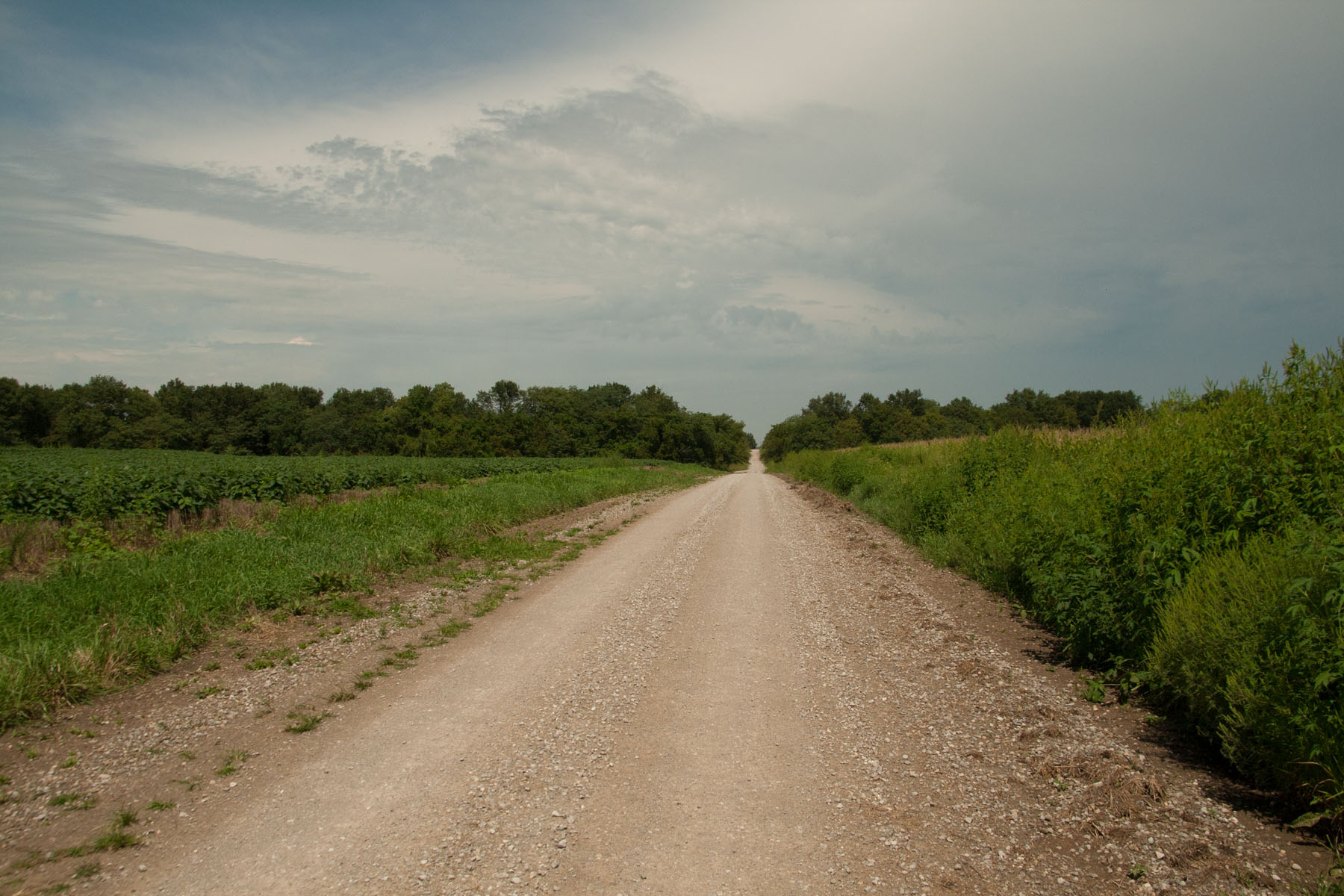 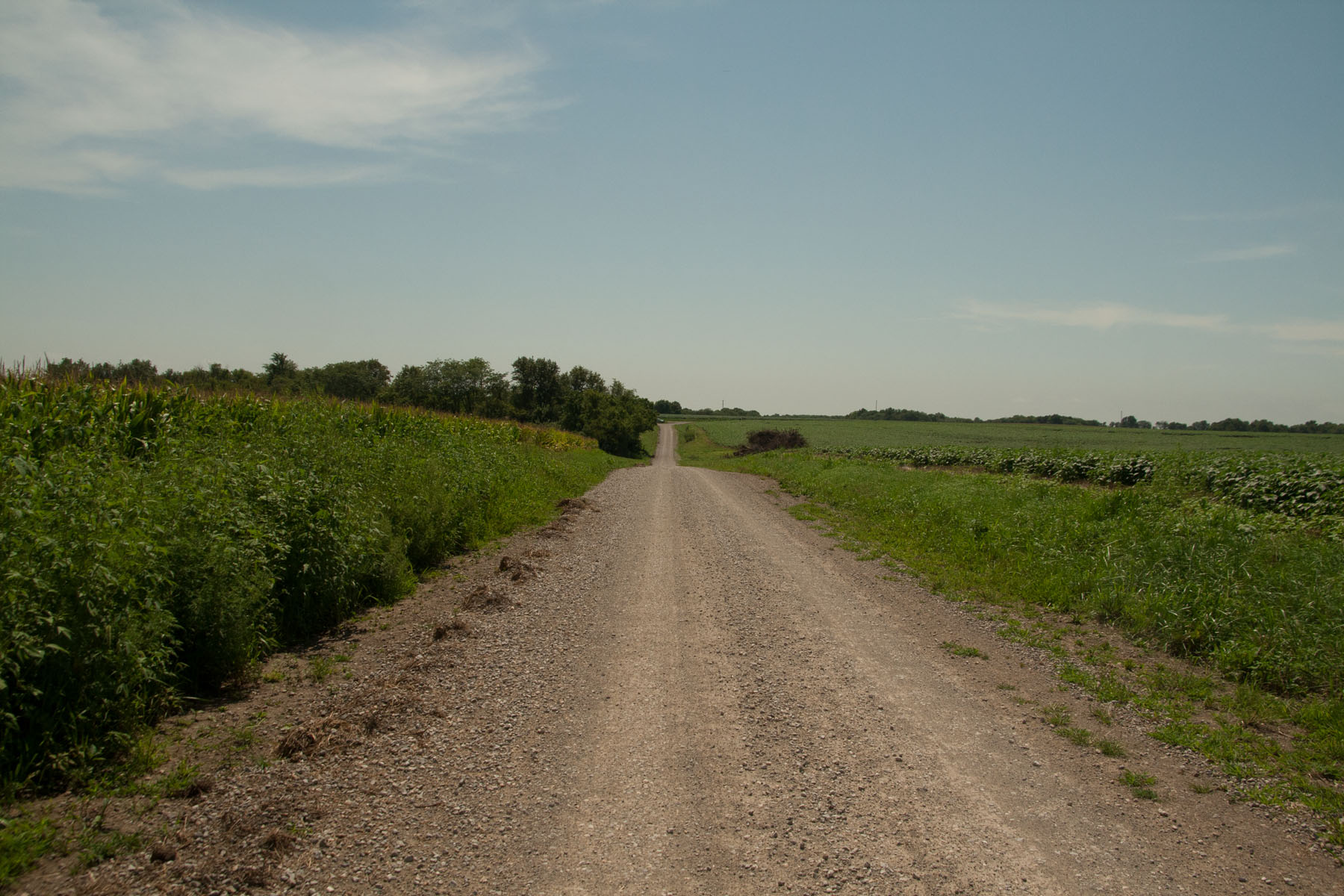 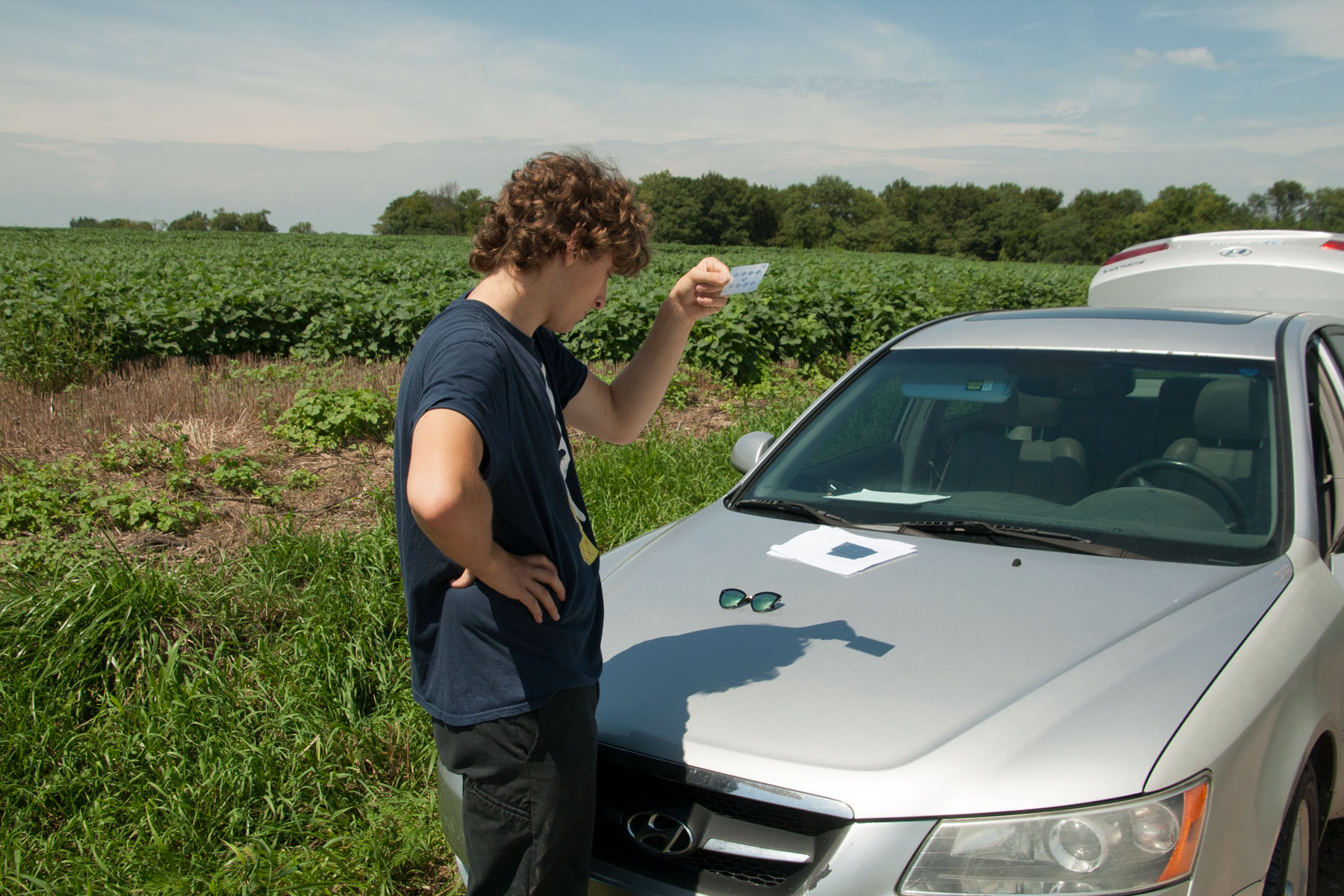 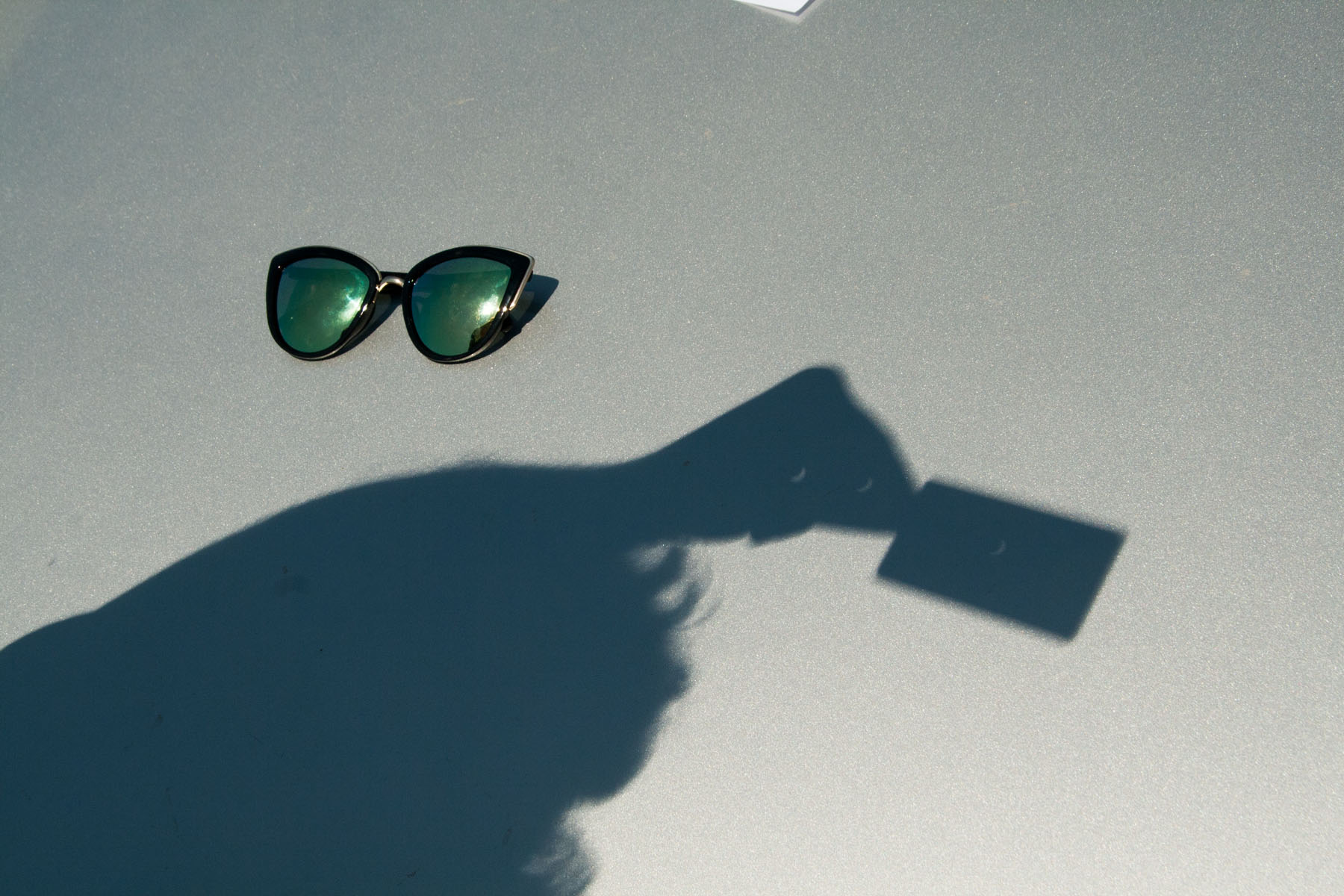 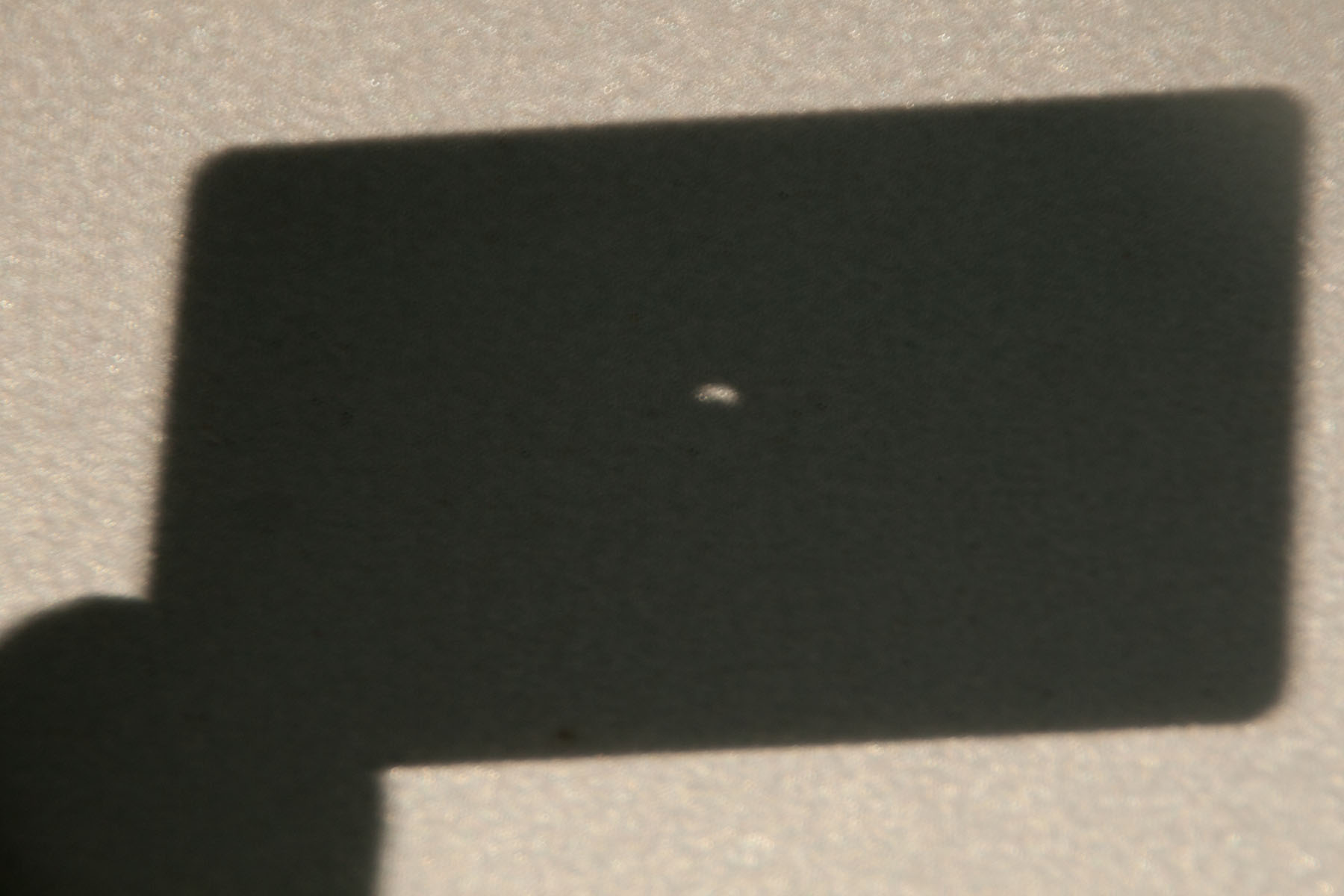 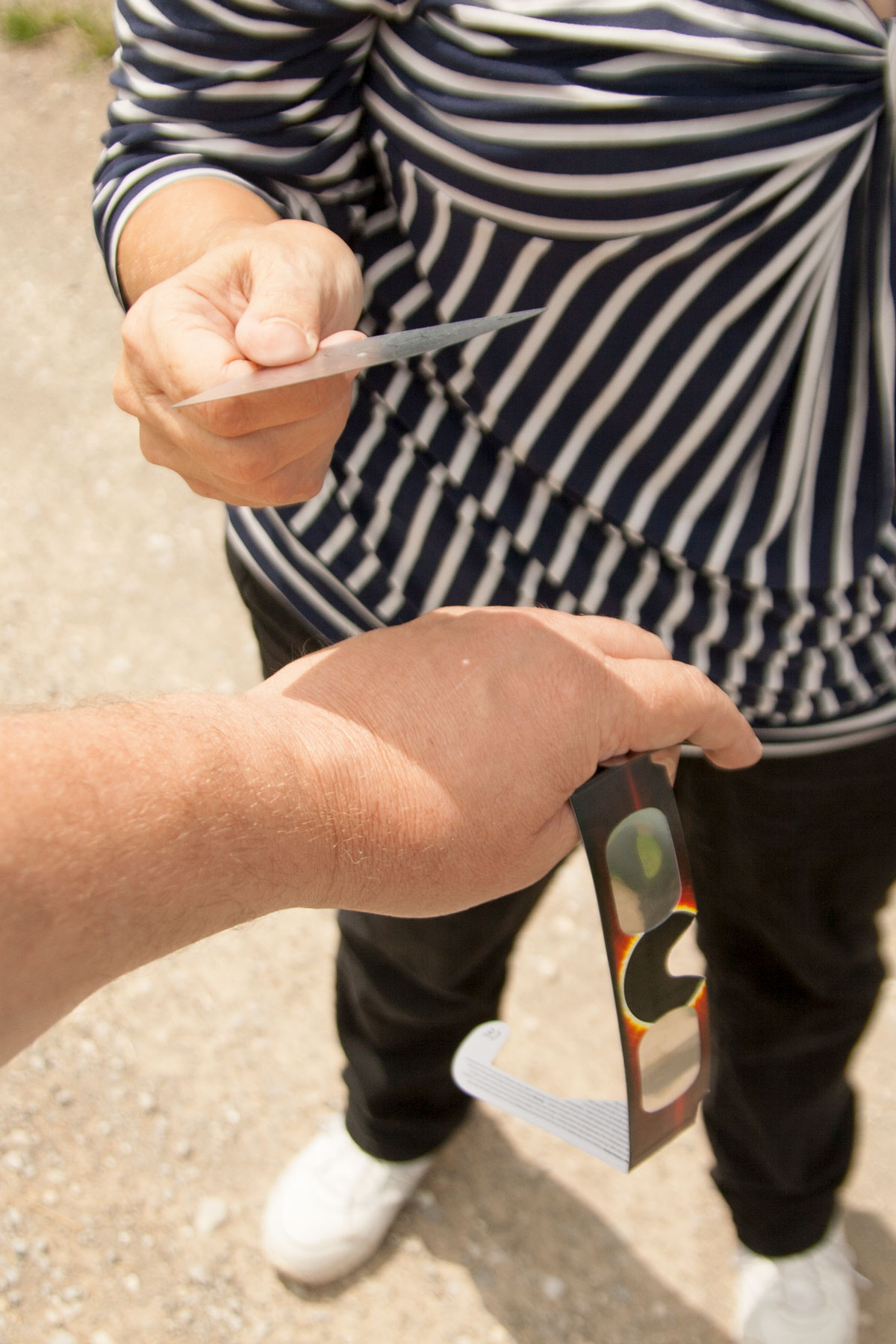 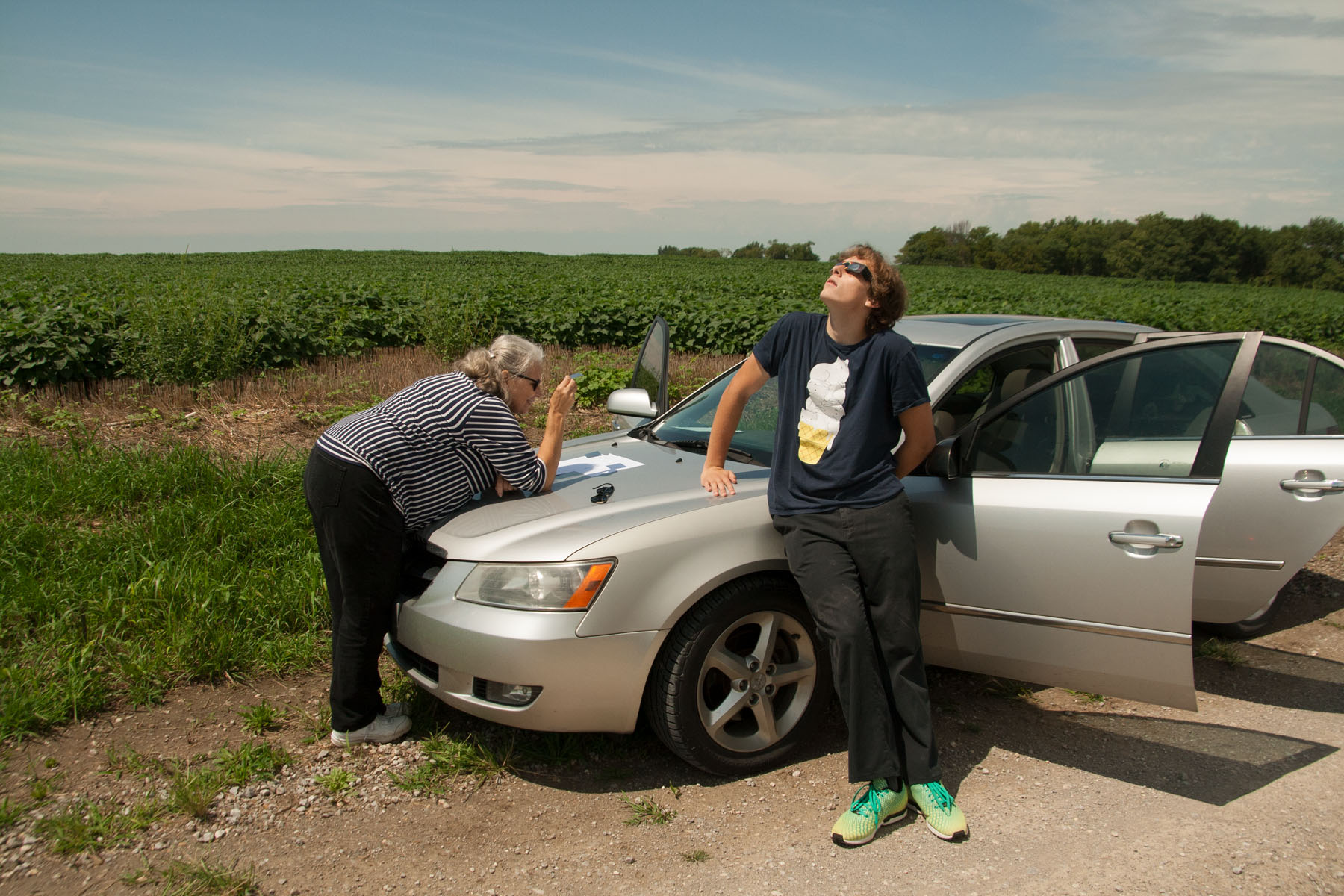 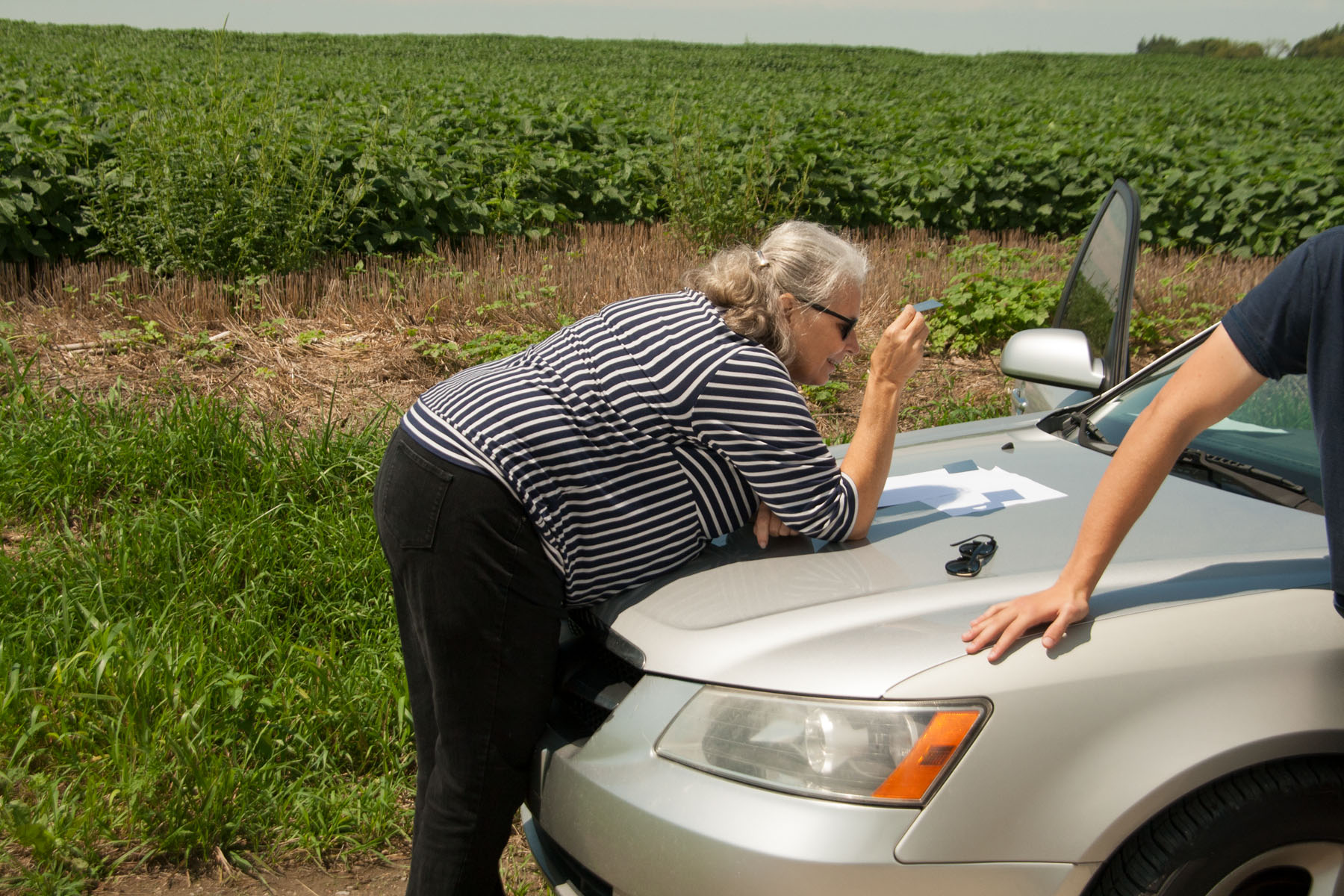 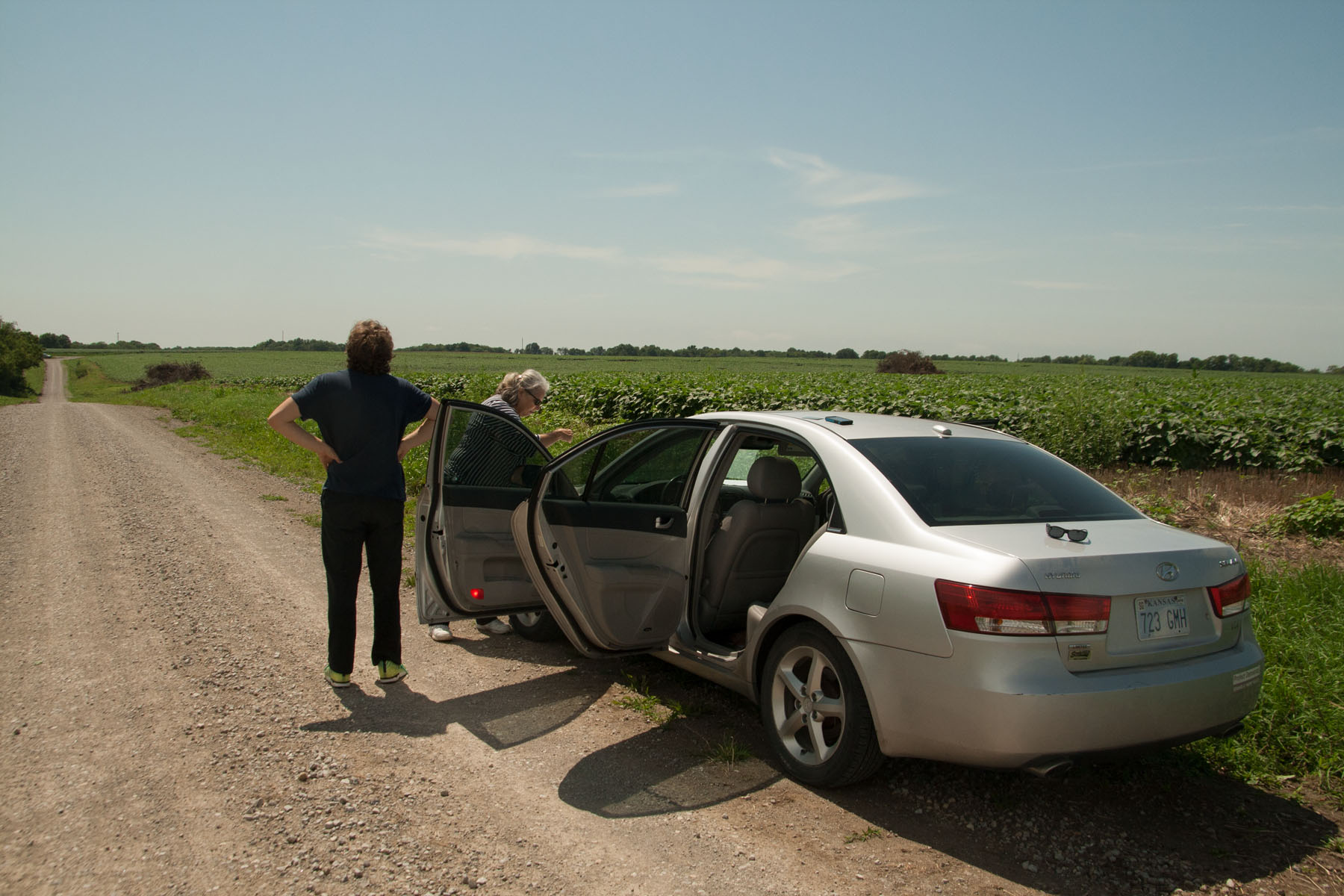 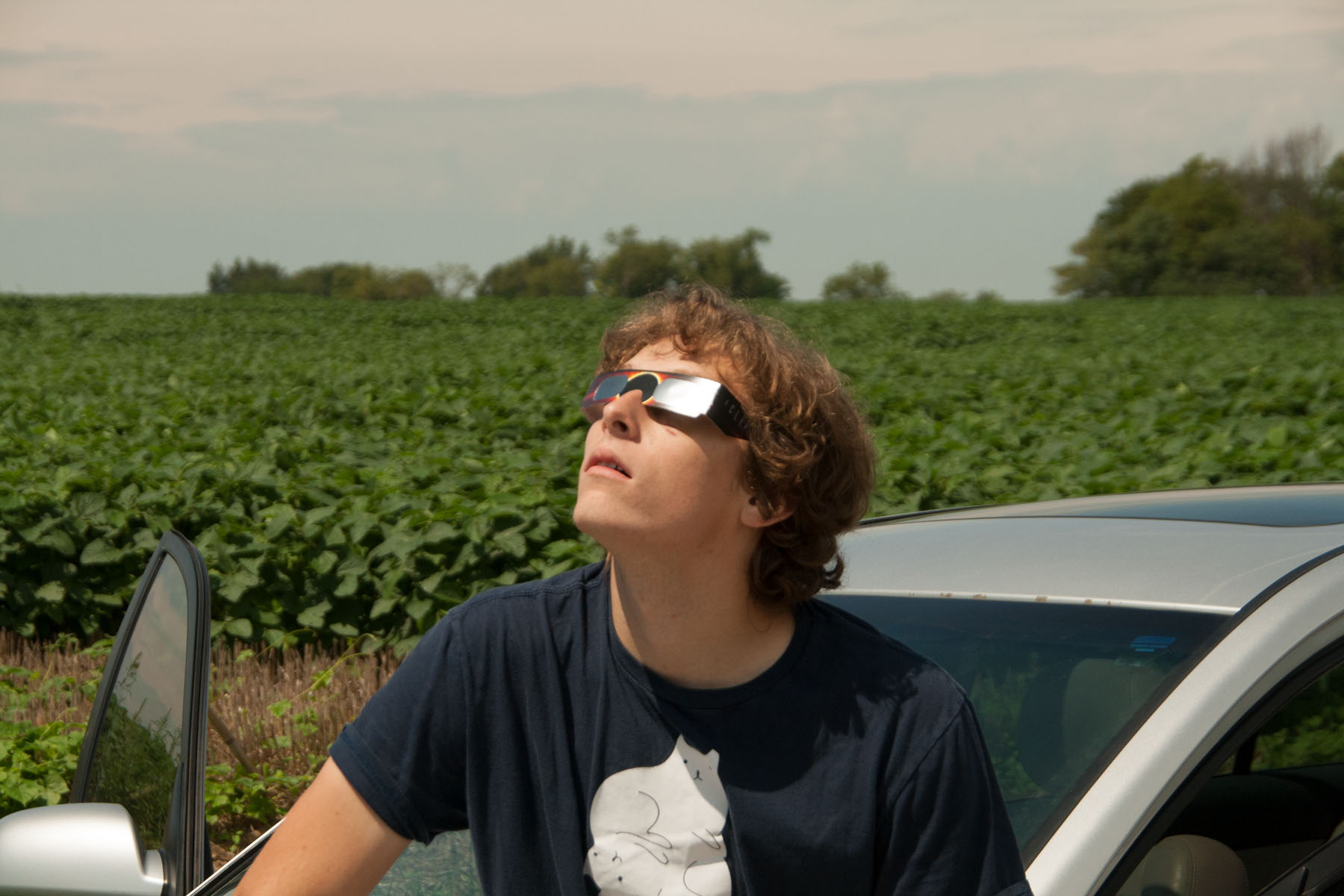 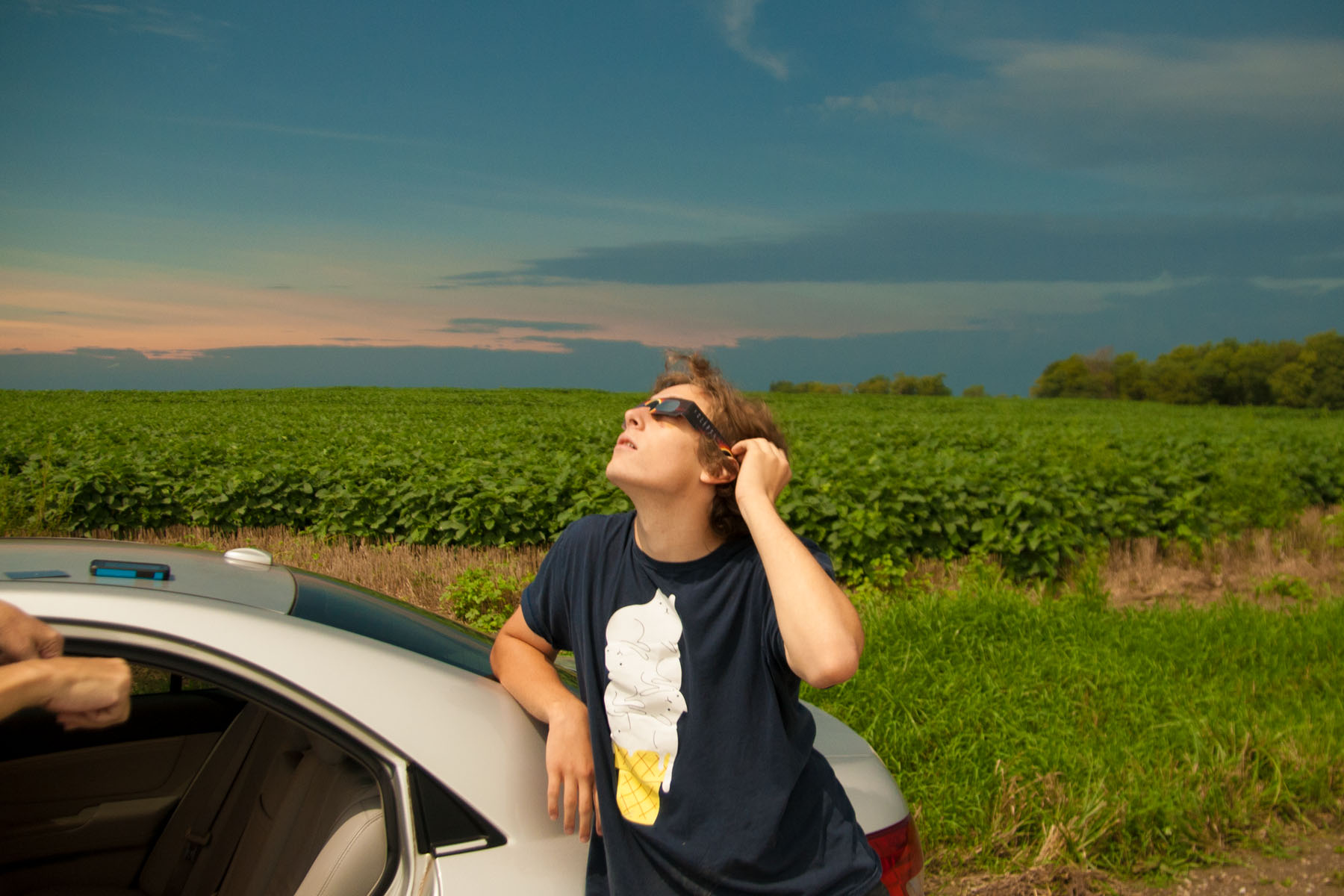 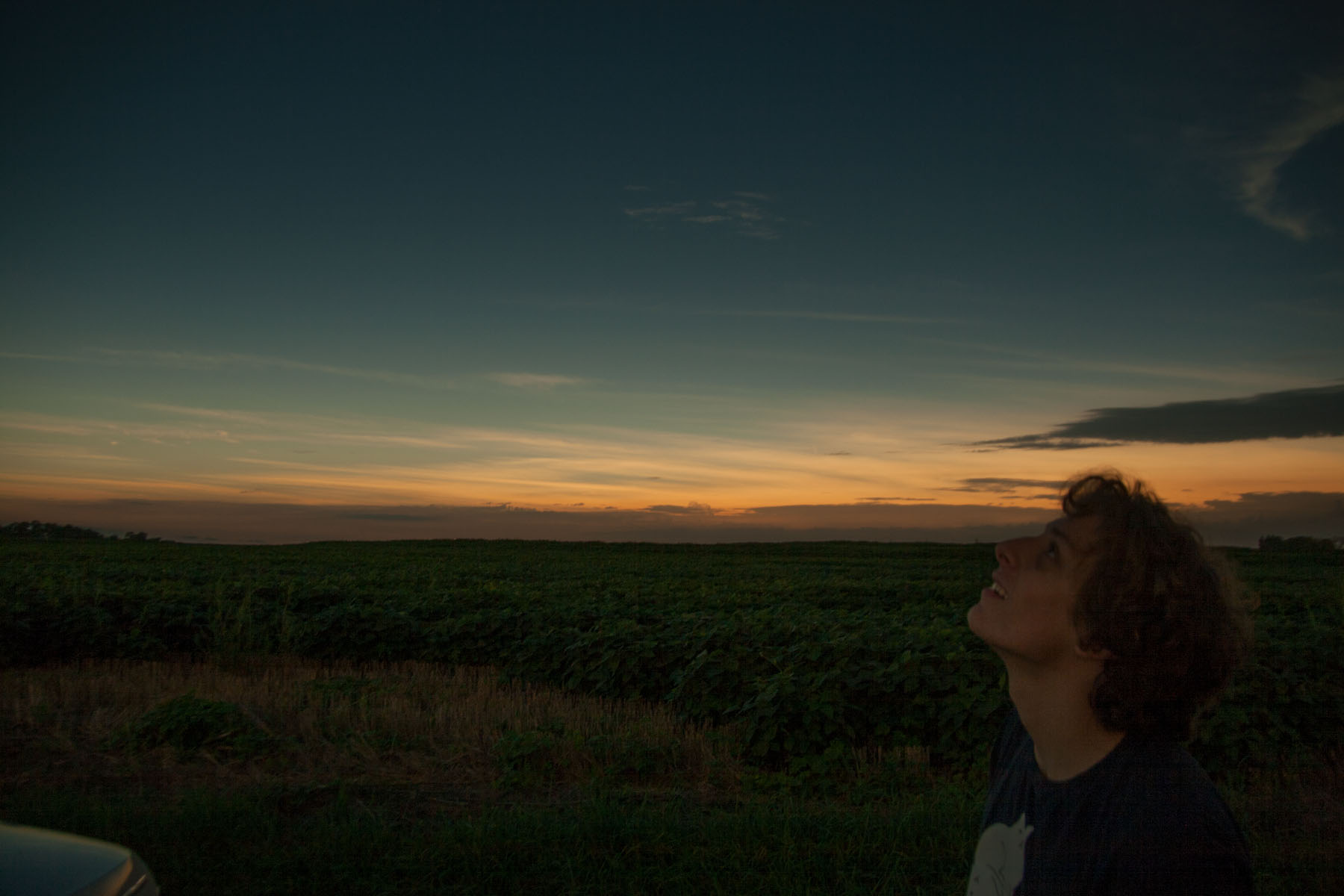 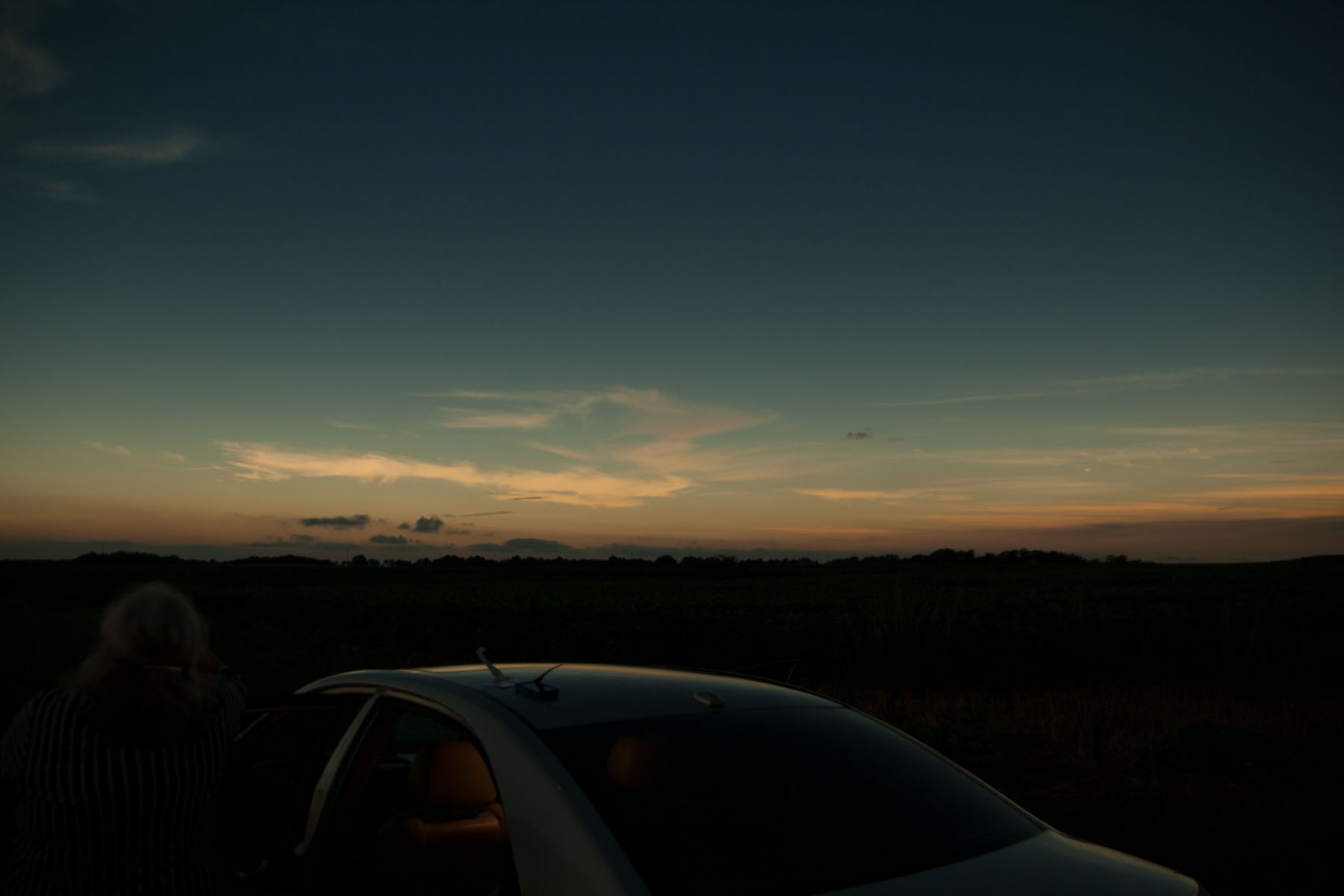 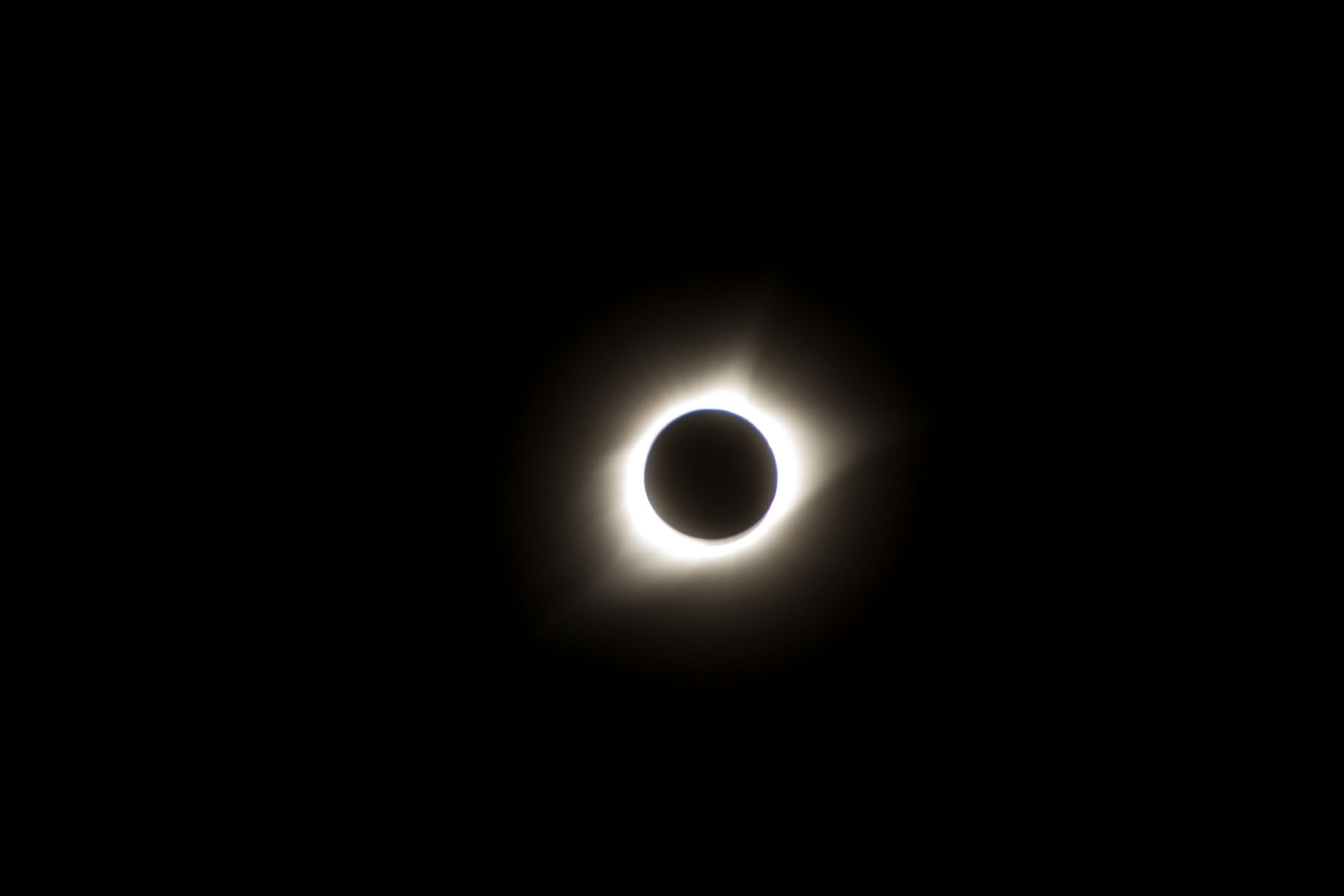 Since I started building RC planes, I keep all sorts of bits and pieces around for possible use in future builds. This week, I decided to do something a bit different and threw together this little robot, just for funzies. 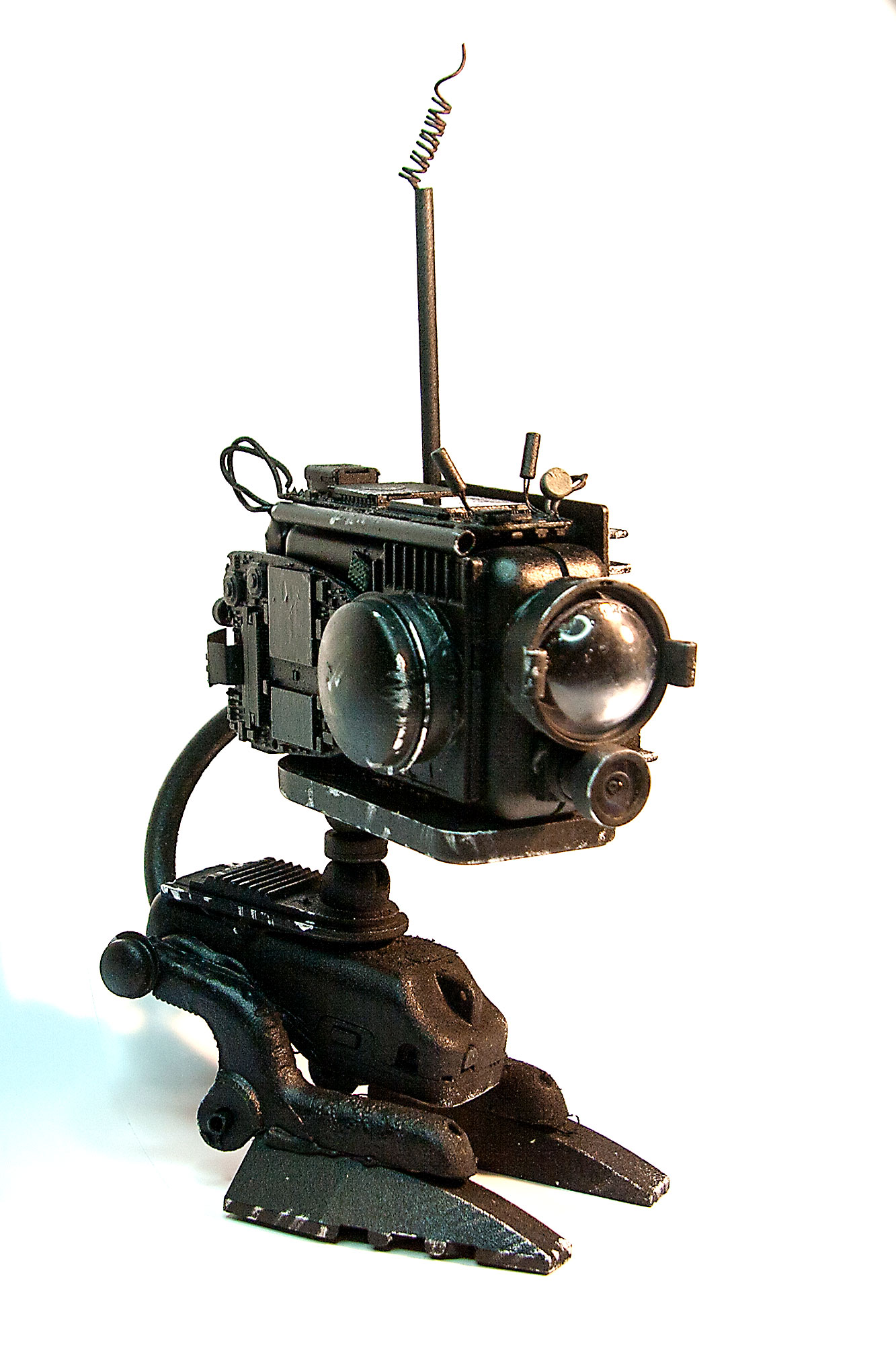 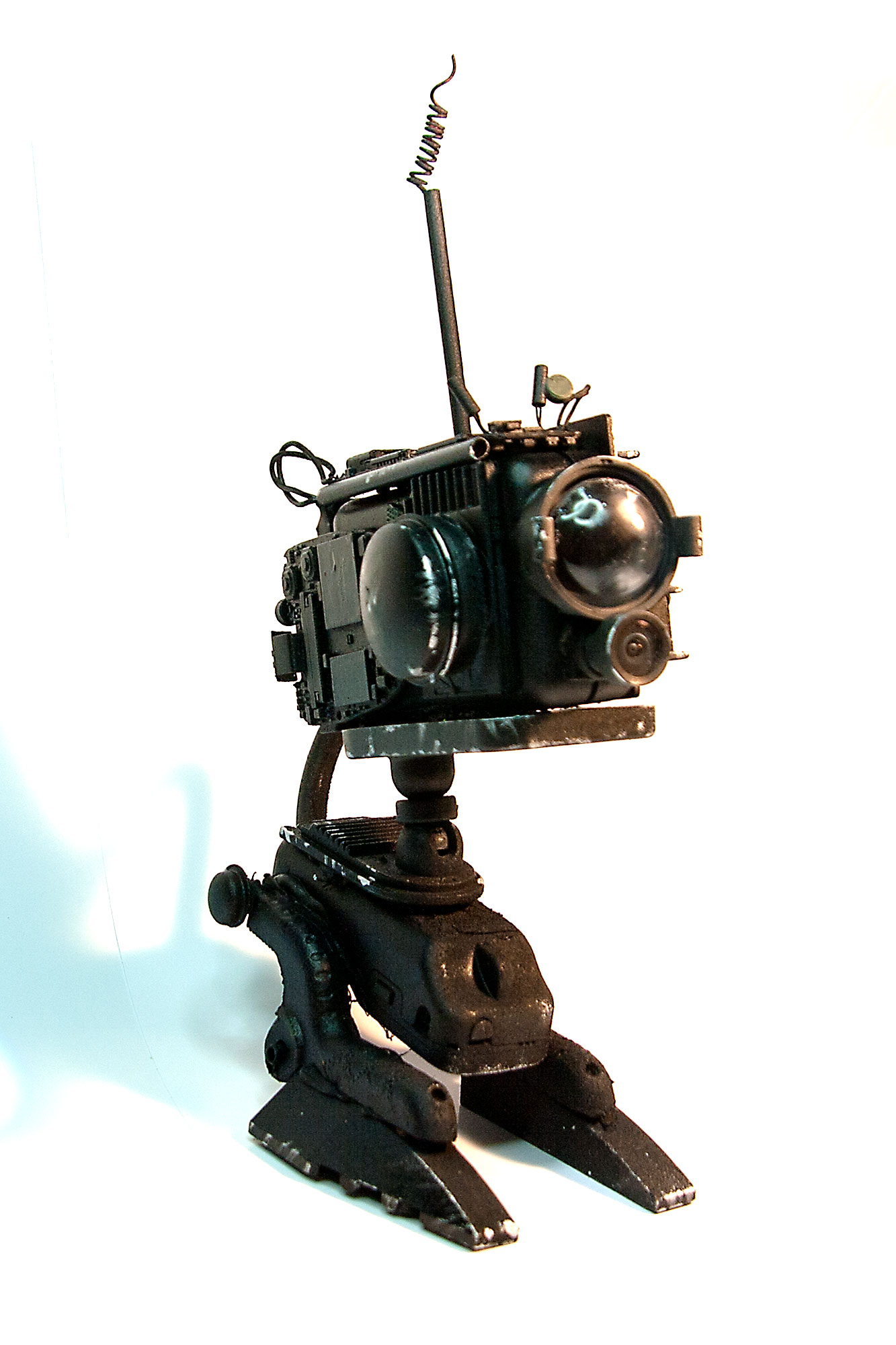 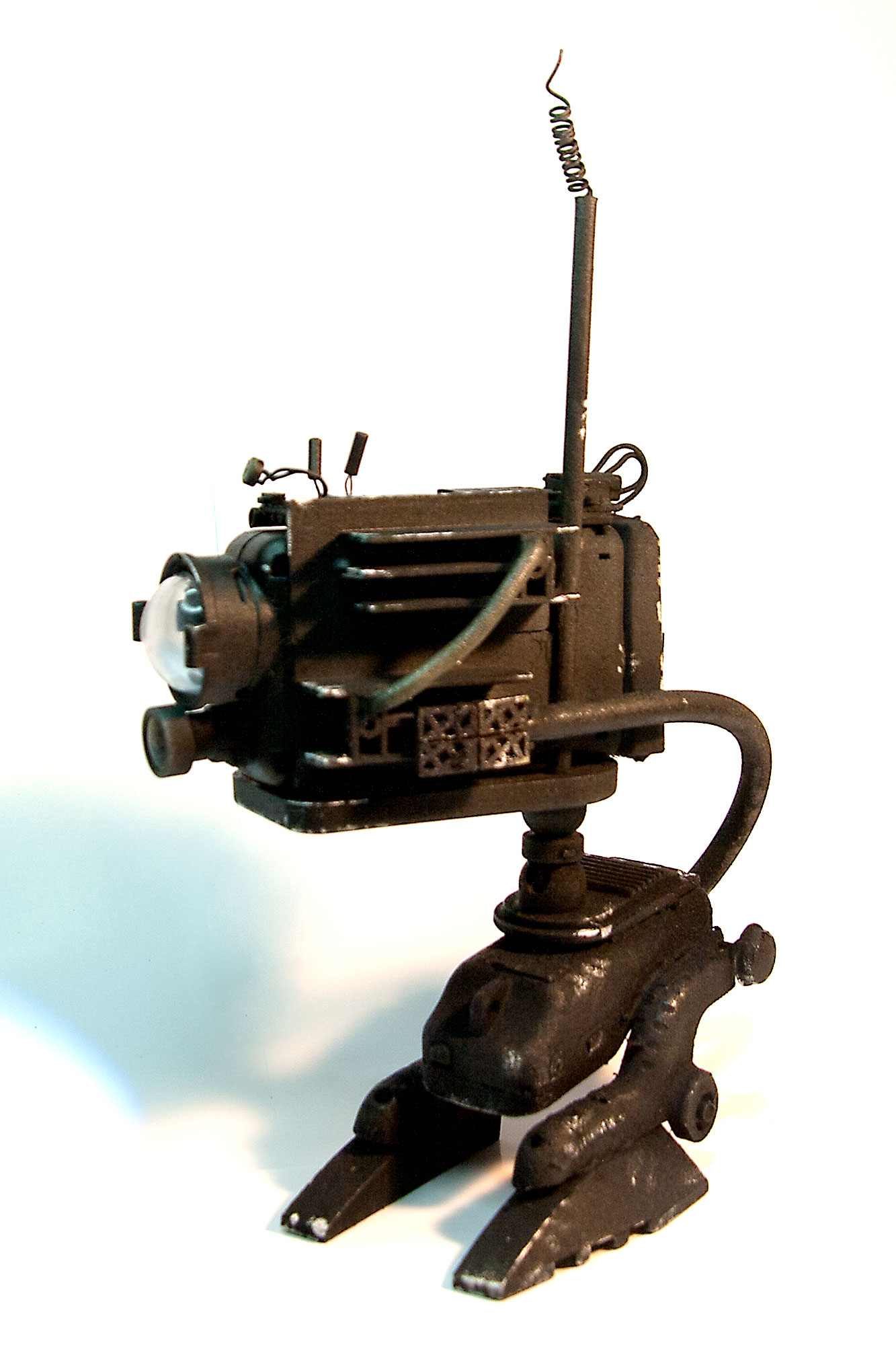 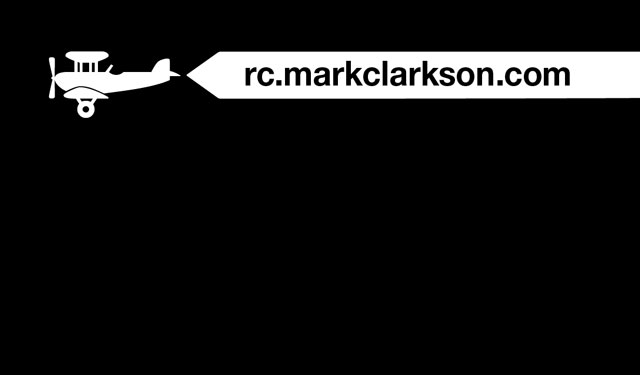 I love business cards. Not in an American Psycho way, you understand, but I love ‘em. I currently have three different business cards that I give out, depending on context, but do you know what I’ve been handing out a lot more often? My hobby card.

Hobby card is a term I just innovented. It’s the hobby equivalent of a business card: contact information for your hobby persona.

I fly R/C airplanes. I occasionally run into other fliers at local parks. I used to introduce myself and sometimes give them my email address or the address of my RC blog, usually written on the back of a candy wrapper I found on the floor of my car.

A few weeks ago, while helping a friend design and order some business cards, I got the idea of printing up a few business cards of my own, with my RC contact information on it. I settled on just the blog address, and designed and ordered 100 of the simple cards above from OvernightPrints for $4.95 plus shipping.

I’ve handed out at least one most days since.

I draw a lot of people in with my LED-illuminated night flying planes. They’ll ask questions about the cost, the equipment, the online stores where I purchased my gear and so forth. I hand them a card. It’s all on my blog.

In fact, I started my RC blog as a personal database of sorts, a way to help me keep track of data such as motor is in which plane, where I bought that camera and how much a given plane weighs. It was originally an Excel spreadsheet, but I realized putting it in blog form would make it more accessible, and easier for me to share.

I don’t know how many people will contact me again, or draw any inspiration from my fleet of planes or my various RC projects. Maybe lots and maybe none. But I like handing out what feel like invitations to join the sport.

Erotica, Twilight and Me

I’ll admit it: I am vain enough to have set a Google news alert for my own name. I’m no celebrity but I do get a few hits a week. Usually, they are actually about an auto parts marketing consultant or British footballer who happen to share my name, but sometimes they’re actually about me.

This week, I got an alert about a piece published in The Independent in 2009. I’m not sure what the lag was all about.

The article was on the Top 10 Most Pirated eBooks of 2009 and my book, Photoshop Secrets of the Pros, was in there at #2. (Or possibly #8; I’m not sure how they’ve ordered them.) My book is bracketed by the Kama Sutra and The Complete Idiot’s Guide to Amazing Sex.

I’m honestly not sure how to feel about this. I’m a little proud, and also cognizant that this is likely to be the only time any of my books will make a national Top Ten list.

I’m also a bit annoyed that a book that never paid me a single dime in royalties was so heavily pirated.

Posted in Fame, My books, Writing | Leave a comment

Conspiracy theories – why don’t we believe the official story?

A discussion of the upcoming anniversary of 9/11 and its concomitant conspiracy theories reminded me of a show I watched a few years back on the Discovery Channel. It was about UFO sightings, and it provided what became, for me, a key anecdote for thinking about government conspiracies and cover-ups. One night, several people in Phoenix noticed strange bright lights hanging in the sky. These lights appeared over an area used by nearby Luke Air Force Base for training missions. After seeming to hover for several minutes, they disappeared one by one.

People called the police. At least one man called the nearby Air Force base several times. Several people took videos, showing the lights hovering in the sky and winking out.

The most likely explanation seemed to be that one or more aircraft from Luke AFB had dropped flares. At the risk of ruining the mystery for you, I’ll let you know that this turns out to be just what happened: the lights were parachute flares dropped over the training area by a flight of Air Force planes.

But … here’s where the story gets interesting to me.

The police, when contacted later, denied that they had received any phone calls about the lights even though several people interviewed for the documentary insisted they had called. It certainly seems more than likely that someone would have.

The Air Force base, when contacted, denied that they ever spoke to anyone about the lights, or even received any incoming outside calls. However, one man interviewed for the show produces a phone bill which clearly documents a series of calls he made to the base.

The Air Force base denied that they had any flights in that area at that time, or that they dropped any flares on that night.

As I said, it turns out that a group of aircraft on a routine training exercise out of Luke AFB indeed dropped flares on that night, which hung in the sky until the dropped out of sight behind mountains. There was nothing sinister going on. Nothing mysterious, or secret or illegal.

One can see how easily a mythos of cover-up would arise.

This is anecdotal, granted. But it seems to imply that routine denial of everything, no matter how true, innocent or mundane, is the norm at all levels of government. Is it any wonder people are skeptical of official sources and official stories?

If ‘they’ lie about simple phone calls and scheduled flights, then what – if anything –  don’t they lie about?

The Formation of the Tetons

Here’s a video from a few years ago, a quick trip through the formation of the Tetons region. I created this for use in the Grand Teton National Park, in a very short time frame, using a variety of tools including Lightwave, After Effects, Vue and Photoshop. Now you can see it without driving the family to Wyoming.

Although it’s not possible to learn everything you need to know to quiz out of college trigonometry in 7 minutes, it is possible for you to understand the basics of trigonometry, sine, cosine, tangent, and theta, in just that short a time.

Let’s say you take a small stick and poke it in the ground so it stands up on its own. You might want to measure the stick, and see how tall it is.

You notice that the stick casts a shadow on the ground. You measure the shadow to see how long it is.

That’s your sine and cosine. Sine is how tall the stick is.

Cosine is how long the shadow is.Why are they called sine and cosine instead of, say, length and width? For arcane historical reasons and because it makes the uninitiated feel stupid. But that’s all they are. Here’s a mnemonic: sine and ‘high’ both have a long ‘i’ sound; ‘co’ and ‘low’ both have a long ‘o’ sound.

The line that closes the triangle is called the hypotenuse. I have no idea why.

The angle at the bottom left of the triangle is called ‘theta’. Theta is the only angle trig cares about.

Let’s say you measure the three sides of a triangle, and the measurements are 3, 4, and 5. It doesn’t matter 3,4, and 5 of what. Call it inches if that makes you more comfortable.

Now, you may remember that I said there were really only two numbers in trig. Here, however, you’ll notice that there are three numbers, A, B, C. That’s okay, because we’re going to throw one of those numbers — C, the hypotenuse — away. We don’t need it. Trig never uses it. How can that be? I’ll tell ya.

Let’s look at an example. Let’s superimpose our triangle onto a circle, so that the point of the angle, theta — the only angle we care about — falls on the origin, that is, the center point of the circle. Give this circle a radius of 1, the same as the hypotenuse of your triangle. The far end of the hypotenuse will just touch the perimeter of the circle. The X and Y coordinates of the point where the triangle touches the circle are 0.8 and 0.6 … your cosine and sine! Remember, cosine measures the length of the triangle, along the X axis. Sine measures the height of the triangle along the Y axis. So the cosine and sine correspond to the X,Y coordinates where the triangle touches the circle.

You can think about sine and cosine either as the coordinates of the point where the hypotenuse touches the circle, or as the lengths of the other two sides of the triangle, whichever seems more natural to you. It’s the same thing.

Look at the triangle above. Imagine that the hypotenuse, labeled ‘C’, is a hand on a clock. Right now it’s pointing to about 2 o’clock. As it moves toward 3 o’clock, imagine how the cosine, or ‘A’, will lengthen. Similarly, imagine how the sine, or ‘B’, will grow shorter.

When the hypotenuse ‘hand’ reaches 3 o’clock, cosine will be 1, and sine will be 0. The triangle will have collapsed into a flat line.

As the hand continues to sweep around the clock, cosine will begin to shrink again, and sine to lengthen. (Notice that as the hand passes below 3 o’clock, the sine becomes negative; it’s now measuring the distance beneath the X axis.)

Both sine and cosine will alternate from 1 to 0 to -1 and back again. If you graph the sine (or cosine) over time, as the ‘hand’ sweeps around the ‘clock’, you’ll get – surprise! – a ‘sine curve.’

The right triangle may not always be shown, but it is always really there. It has to be, because trigonometry is only about right triangles.

That’s it. That’s all there is. Everything else in trig is just increasingly abstruse ways of restating these relationships, and ways to restate different classes of problems as problems about right triangles.